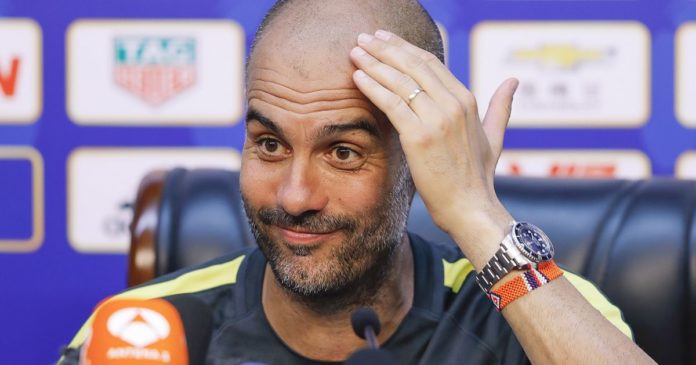 Pep Guardiola insists he will not be moving to Juventus this summer – unless he is sacked by Manchester City.

There were rumours on Friday that the Spaniard had verbally agreed to a four-year deal with the Serie A champions.

After watching his City side beat Watford 3-1 on Saturday, Guardiola was irked by the suggestion he will quit the Etihad at the end of the season.

“I have two more years here and I am going to move,” he said.

“Impossible. Except if they sack me and after I go home.

“But if Manchester City want me, I will stay two more years by far – and hopefully another one.

“I am not going to Juventus in the next two seasons.”

The reigning champions laid down the gauntlet to Jurgen Klopp's Reds on Saturday evening as Raheem Sterling netted a second-half hat-trick in just 13 minutes and 12 seconds.

The forward completed his treble with a smart finish, but the way the England international opened the scoring brought with it the Premier League's latest offside controversy.

Appearing offside when played in by Sergio Aguero, referee Paul Tierney awarded the goal after lengthy consultation with assistant Eddie Smart after the ball rebounded in off him thanks to Daryl Janmaat's clearance.

February 18, 2022
July 30, 2019
Home Football News Pep Guardiola Explains What Must Happen If He Must Join Juventus