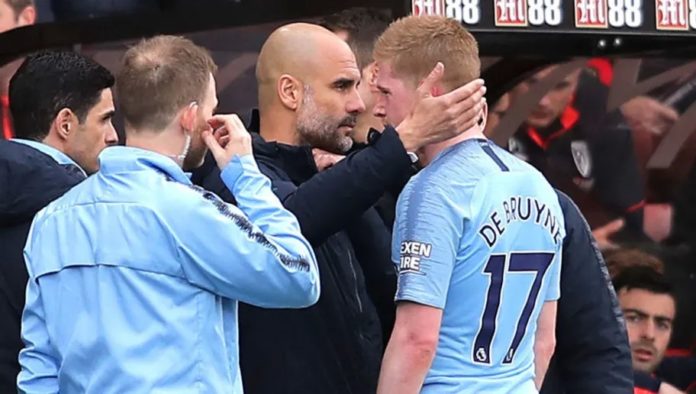 Manchester City won’t be able to procure the services of Fernandinho And De Bruyne when they travel to Burnley on Sunday as the Belgian continues to battle a hamstring injury.

De Bruyne missed the derby win over United on Wednesday and is set for a second successive game on the sidelines this weekend.

Fernandinho limped off in the second half at Old Trafford and with City not training on Friday a decision on his fitness for Turf Moor will be reached on Saturday.

“We'll see tomorrow, he has a problem with the knee,” Pep Guardiola said of the Brazilian's injury.

Ilkay Gundogan dropped into a deeper midfield role when Fernandinho was replaced against United and he has stood in for the 33-year-old on more than a few occasions over the past couple of months.

The Belgian midfielder came off late in the first half of City's 1-0 win over Tottenham last Saturday, picking up the third injury of his disrupted season.

It came just as he was beginning to revive his best form, but while Guardiola said he is on the mend, he won't recuperate in time to face the Clarets this weekend.

“He's still not fit, but he's getting better,” he said.