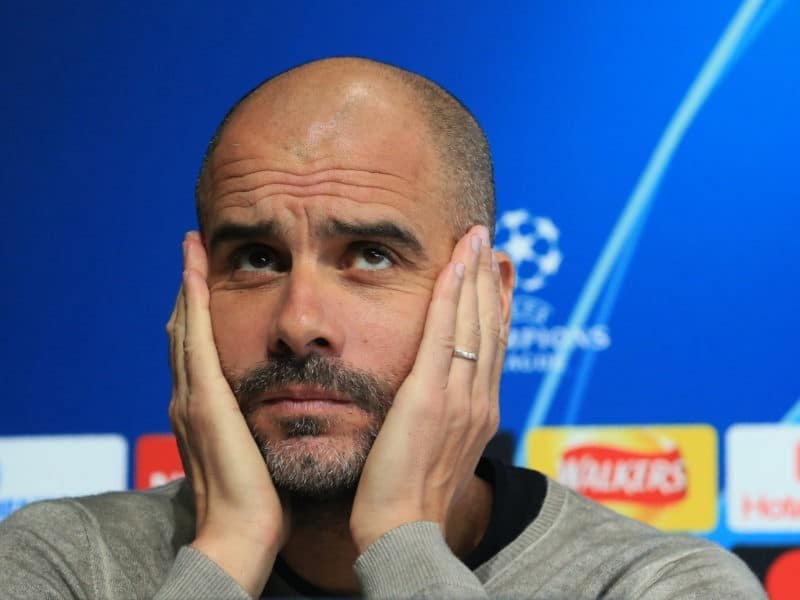 Manchester City manager Pep Guardiola has been asked to pick the club he would be rooting for when Manchester United take on Liverpool.

Guardiola said it is not interesting watching Liverpool games given they are so far ahead of Manchester City.

The two rivals had a very close battle slugging it out week-by-week, with the lead at the top of the table usually changing hands twice every weekend in the run-in as the Reds picked up a victory before City countered to regain the top spot they claimed at the beginning of March.

But this round, the EPL has not lived up to the Blues expectations, with a superior Jurgen Klopp's side having 14 points ahead with a game in hand over the defending Premier League champions.

Guardiola has told his players to forget about the title race, and he did not sound as if he would be avidly tuning in when asked about the match.

“I answer the same to all of these questions,” he said.

“It would be nice to focus on Wilfried Zaha and Crystal Palace, and then Tuesday we have Sheffield United.

“Being so far away means it's not interesting to look at what Liverpool do.

‘’It’s better to focus on what we can do to improve for the rest of the season in the Premier League and other competitions and prepare the next one.”