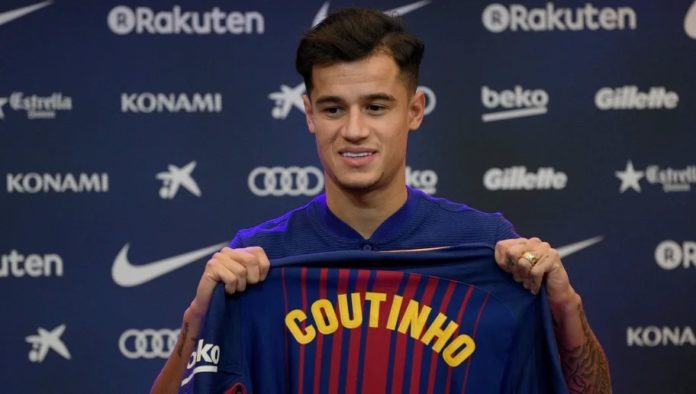 Philippe Coutinho’s image in Manchester United colours has been labelled as wishful thinking by fans online.

The mocked-up shot didn't impress loads of Liverpool fans on social media with fans split about the club's interest in the player.

One said: “He would never play for United you must be dreaming.”

One wrote on Instagram: “Where would he play? I'm not interested to see Martial on the bench,” while another said “Too many attacking players. Sign a CB and a full-back and leave Coutinho.”

Coutinho joined Barcelona from Liverpool last January for a fee which was set to rise to £142 million.

Liverpool have no interest in a reunion with the player but United haven't commented on the stories.

Barca would want in excess of €100 million for Coutinho and United reportedly made contact with the player o's agent last week over his availability.