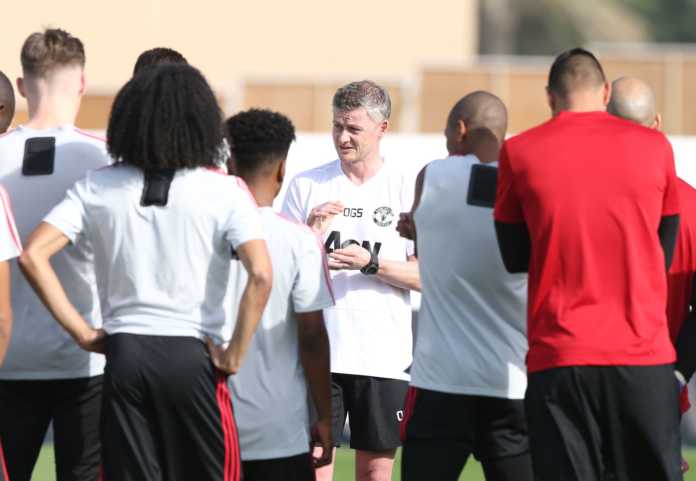 Manchester United players were seen today being put through their paces during a few days of warm weather training in Dubai.

Ole Gunnar Solskjaer and the squad have taken advantage of an eight-day break between matches by jetting to the Middle East.

United have had a hectic schedule of games over the festive period, and so this is the first extended period of preparation time that the Caretaker manager has had with his new players.

Despite that, United have won the first five games with Solskjaer at the helm.

Now with his major test so far coming with a trip to face Tottenham Hotspur at Wembley on Sunday, he'll expect that the training sessions at the world-class Nad Al Sheba facility will give the perfect preparation.

Here are the first images of the squad at work in Dubai: