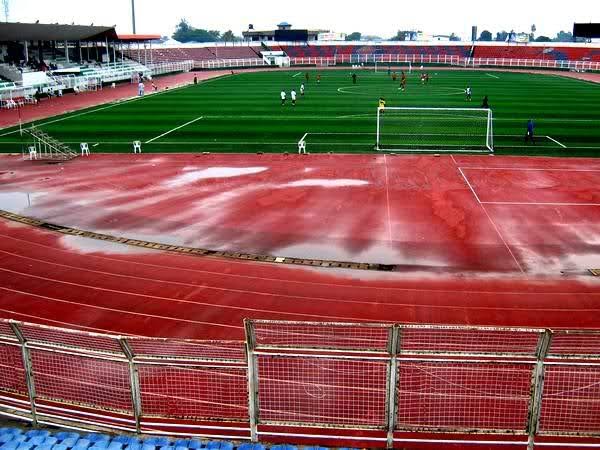 Amaju Pinnick, President of the Nigerian Football Federation has commended the Edo State Governor, Godwin Obaseki, for the rebuilding of the Samuel Ogbemudia Stadium into a world-class facility, assuring that the stadium will serve as the new home for Nigeria’s Super Eagles.

Pinnick said this during a novelty match to test-run the football pitch and the lighting of the newly rebuilt stadium.

He said facilities at the Samuel Ogbemudia Stadium are world-class, noting, “The light in the stadium is over 1,500 lux while FIFA standard is 1,200 lux. There is the beautiful pitch and other facilities such as the swimming pool.

“This is the home for the Super Eagles. We are coming here in March 2020 to play the first World Cup Qualifying game and it will be historic.

‘’Confederation of African Football (CAF) will be here in January 2020 for certification of the stadium. I know the stadium is beyond whatever standards they have set.

‘’We are happy and commend Obaseki and Edo people for making this happen.”

Governor Obaseki said the novelty match is to mark the Annual General Assembly of the NFF.