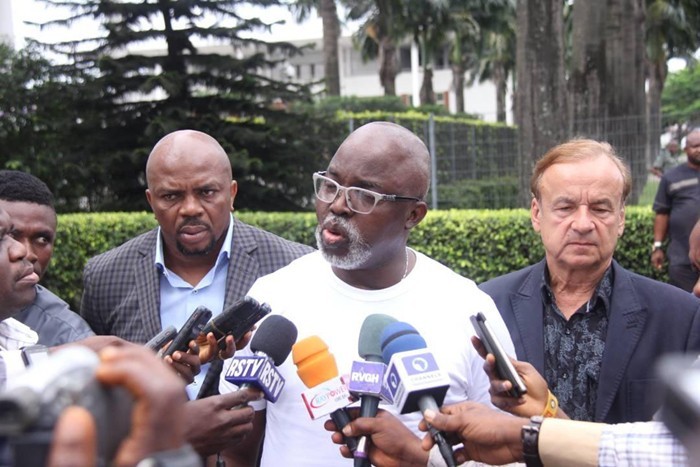 Rohr has come in for criticism after failing to win any of the four matches he played this year.

It was a result that got fans and ex-players angry with some even calling for Rohr’s head.

The performance of the team also got a reaction from the Minister of Youth and Sports, Sunday Dare, who said the German could be sacked.

However, Pinnick insists Nigeria can’t afford to sack Rohr right now given he just signed a new two-year deal in May.

“We cannot afford to sack Gernot Rohr, We cannot,” Pinnick said in an interview with NTA.

Rohr has been in charge of the three-time African champions since 2016 and his new deal expires after the 2022 World Cup in Qatar.

SEE ALSO | NFF President: The 39 Past And Present Chairman Listed

One wonders if this particular contract with Rohr is different from all other global standard contracts that allow room for either party to terminate before expiration.