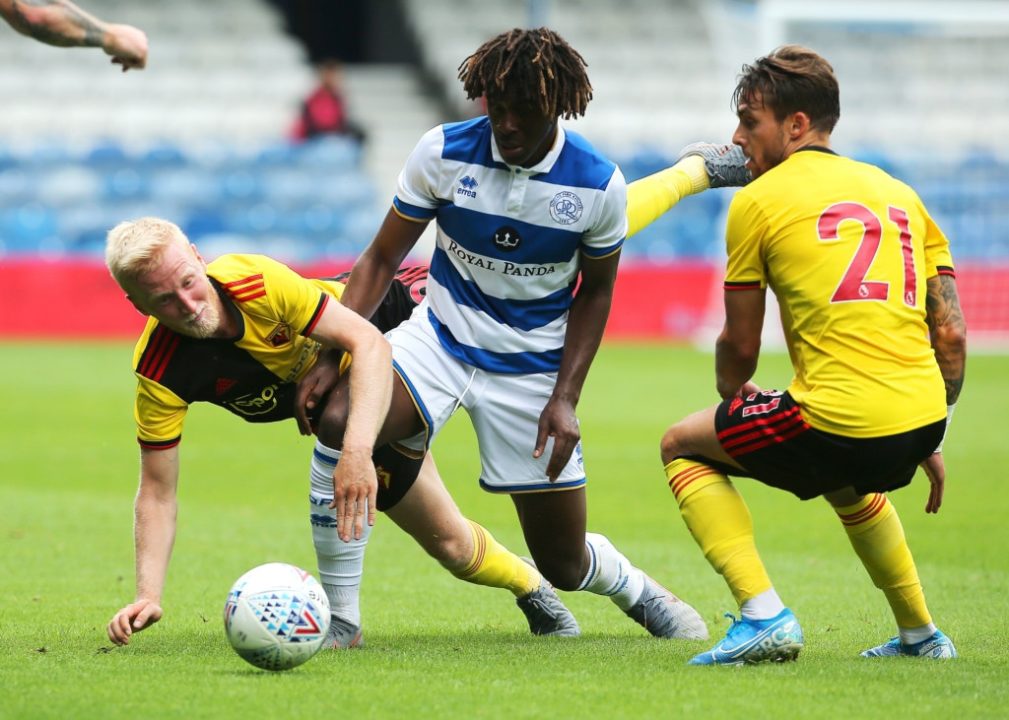 President, Nigeria Football Federation (NFF), Amaju Pinnick has met with Nigeria-eligible star Ebere Eze over the possibility of the QPR midfielder pledging his allegiance to Nigeria.

A Twitter thread on NFF's official handle states that Pinnick met with Eze in London and talks is ongoing to convince the youngster to choose Super Eagles of Nigeria over the Three Lions of England.

GoalBall gathered that Pinnick was at the Fulham v QPR Championship game on Friday, November 22, which ended 2-1 in favour of the home team, to watch Eze in action.

Pinnick who maintains a keen interest in the player had also met with Eze's father previously to get a decision on Eze's international career.

Eze on his part, also visited the NFF president in his London home on Saturday, November 23, as they discussed his international career.

During discussions, Pinnick informed the 21-year-old of his desire, which echoes that of many Nigerians to see the QPR star switch allegiance and start playing his international football for Nigeria.

However, the player requested for the chance to continue to focus on his club career which is going well so far.

Eze made his full England U21 debut on Tuesday, November 19, playing in their 2-1 friendly defeat to the Netherlands.

It has been quite an international break for Eze who made his debut for England U21 side against Albania last weekend.

Eze has had his best career season so far this term as he has scored six Championship goals already surpassing his return of four last time round.