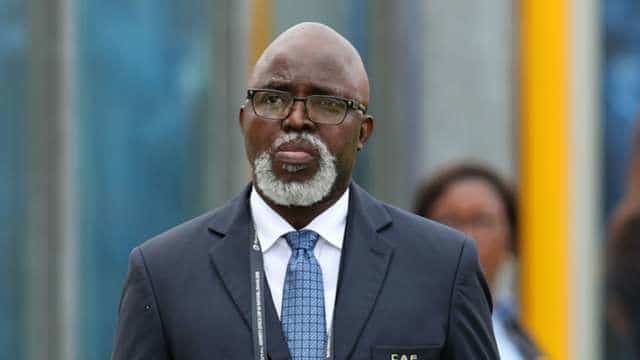 The action was taken at CAF’s Executive committee meeting taking place in Cairo after the conclusion of Thursday’s congress.

CAF exco has been faced with fraud allegations in recent time, with president Ahmad Ahmad arrested and detained for hours in France.

Pinnick, on the other hand, is also facing court case over fraud allegation in Nigeria, where he has refused to show up in court.

Pinnick was elevated to the position at the African football governing body after the corruption case brought against former Ghana FA President and CAF 1st VP, Kwesi Nyantakyi.

CAF’s executive committee on Wednesday have agreed to allow FIFA Secretary General Fatma Samoura take charge of the administration of CAF for a period of 6 months beginning in August.

CAF has been plagued by a series of scandals in recent times.