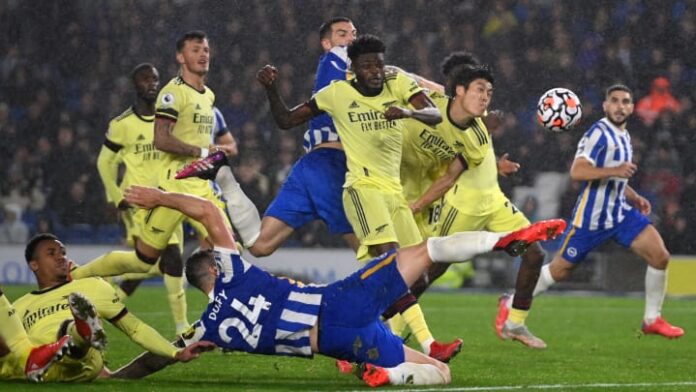 Brighton and Hove Albion manager, Graham Potter, has heaped praises on his players for giving a good account of themselves in their barren draw against Arsenal at the Amex Stadium on Saturday.

The Seagulls followed up their 1-1 draw at the Selhurst Park against Crystal Palace last week by making sure The Gunners narrowly escaped defeat in their hands, which the Arsenal manager, Mikael Arteta also accepted that his side deserved not to win.

Speaking after the game, Potter said: “It's always a point gained, I guess because we didn't have it at the start.”

“But the performance was fantastic from the guys. Really proud of them.”

“Played with real quality, real courage, real intensity against a good team, a top team. We went toe to toe.”

After the draw, Brighton now sit fifth with fourteen points in seven games but could drop to sixth should Manchester City win on Sunday against Liverpool.