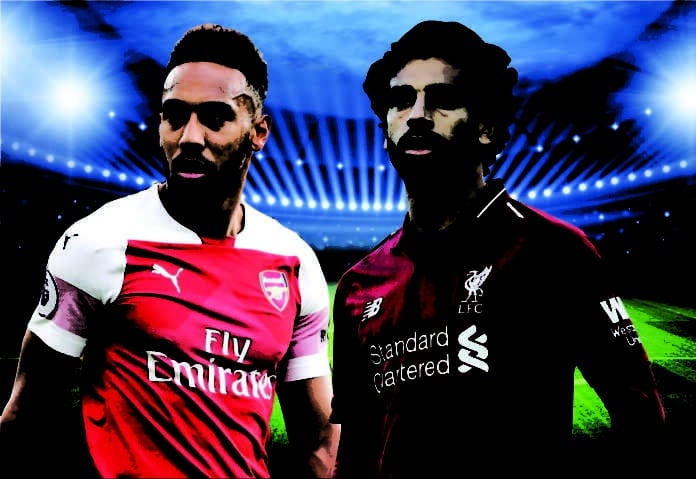 Arsenal will be facing another opportunity to return to winning ways when they face league leaders Liverpool on the road this evening.

The Gunners are at present just two points behind Chelsea in the pursuit of the final Champions League position but they face a testing challenge to maintain or close the gap against an in-form Reds side.

Bernd Leno has been the undisputed choice in goal since the beginning of October and the German should certainly retain his position for the club’s final league game of the year.

In the defence, Emery may prefer to go with a three-man formation with wing-backs, who could potentially form a five-man backline while defending.

In this case, Ainsley Maitland-Niles and Sead Kolasinac could slot into the right and left wing-back positions respectively while Sokratis, Laurent Koscielny and Granit Xhaka could feature in the central defensive department.

Onto the midfield, Lucas Torreira and Mateo Guendouzi appear the automatic choices with the duo having managed to avoid a fifth yellow card of the Premier League season in the recent draw at Brighton.

Further forward, Aaron Ramsey could be handed a rare league start with his tireless work-rate and ability to get into goalscoring positions in the opposition box and we are fancying him to feature just behind the front duo of Pierre-Emerick Aubameyang and Alexandre Lacazette.