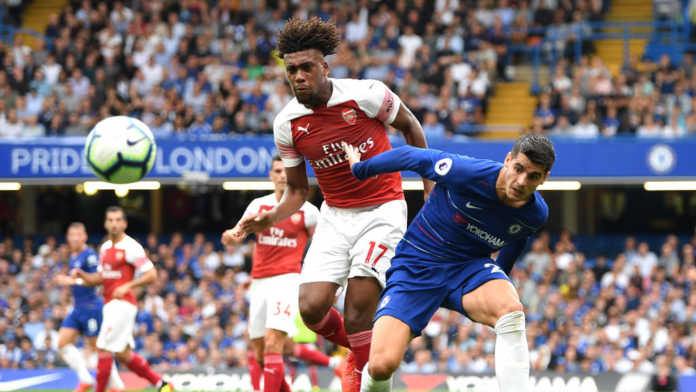 Saturday’s premier league game between Arsenal and Watford presented an interesting contest between Alex Iwobi and Isaac Success as both were a second-half substitute, and only one managed to effectively impact.

Alex Iwobi was involved in Arsenal’s goals as they defeated Watford 2-0 at the Emirates.

Then it was the turn of Hornets Boss Javier Gracia to substitute, and Success was called up in the 72nd minute; 9 minutes after Iwobi’s came on.

Success was given the chance to break the stalemate as he ran through on goal and perfectly chipped the ball over Bernd Leno, but it sailed just off the mark by a whisker.

The matches’ first goal finally came in the 81st minute as Iwobi put a low cross into the box for Alexandre Lacazette, whose effort came off a defender for a deflected goal.

Two minutes later 22-year-old winger Iwobi was back at it again, dropping a pass on the path of Lacazette, who laced the ball up for Mesut Ozil for the winning goal.