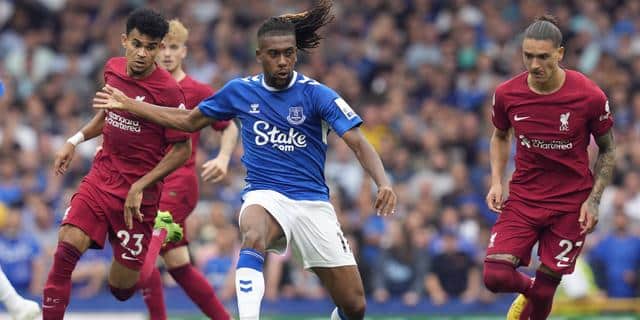 It was yet another good outing for Alex Iwobi in the colours of Everton as he played all 90 minutes in the draw against Merseyside neighbours Liverpool. The game, which finished goalless, had so many astonishing moments and the scorline does not tell the full story of what happened.

Everton goalkeeper Jordan Pickford, who was named man of the match after the game, was at the top of his game with an excellent performance but a midfield anchored by Iwobi did not lose guard at all.

The Super Eagles midfielder completed 86.5% of his passes and completed 2 of his 3 attempted long balls. In addition to that, he had three clearances and won one tackle. His rejuvenation looks well underway as he took charge of the midfield, comfortably receiving the ball and exchanging passes with relative ease. He was simply excellent in the fixture.

At the Molineux where Southampton lost to Wolves, Joe Aribo featured for 75 minutes before he was replaced by Nigeria-eligible new Southampton signing, Sam Edozie. The Saints lost to a Daniel Podence goal with the Nigerian putting in a good shift.

Another Nigerian who featured was Frank Onyeka; he came in as 59th minute substitute for Brentford as the Bees ran riot against Leeds United, winning 5-2.

Ivan Toney was the hero of the day as he bagged a hat trick to help his side continue a strong start to the new Premier League season. Onyeka replaced Shandon Baptiste and was quite decent in the game. The former Midjtylland star may have started the season slowly, but he has been able to earn better minutes in the past few games.

It was a bad day for the Nigerians on the books of Nottingham Forest, as they surrendered a two-goal lead to lose 3-2 to Bournemouth at The City Ground on Saturday.

The Cherries, off from the sack of Scott Parker have now gone two games without a defeat since sacking their former manager. They started poorly against The Reds as they went two goals down at halftime.

However, Bournemouth came back from behind to win the game 3-2 with Taiwo Awoniyi coming on as a 69th minute substitute, while Emmanuel Dennis came on in the 87th minute.

For the second game running, both Nigerians have had little to do as Steven Cooper’s men lost their second straight game and will need to arrest the situation before it gets out of hand..