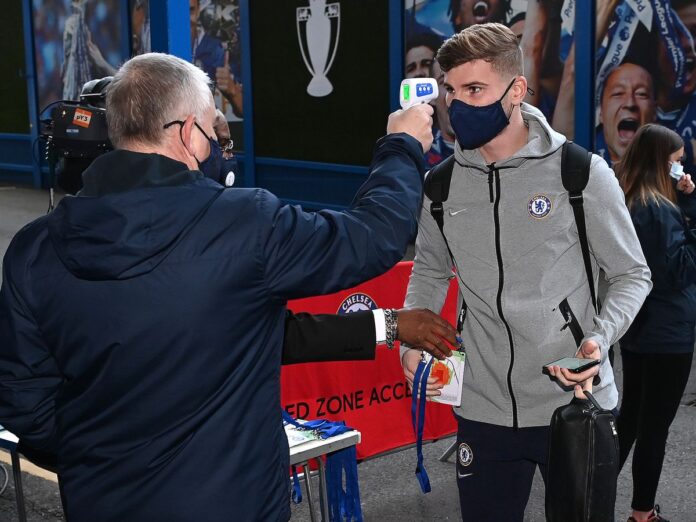 The English Premier League clubs that are most ‘covid compliant' and have squads with higher uptake of vaccines will be rewarded. Goalballlive.com has learnt.

This is amidst recent concerns that not enough Premier League players have been vaccinated against the virus.

Although, young professional athletes and players have a very low risk of developing serious complications but the recent experiences of Manchester United goalkeeper, Dean Henderson and Newcastle's Karl Darlow have proved that there's no guarantee.

Recall that Henderson was ruled out for a number of weeks in the summer and into the season as a result of prolonged fatigue. While Darlow reportedly spent three days in the hospital, losing 5kg after having ‘nearly every given symptom'.

And according to Daily Mail, Premier League clubs have received a briefing note advising players to get vaccinated as it could soon be incentivized in order to ramp up the uptake of the vaccines across the league, which is alarmingly low in some cases.

“According to the data we have, only seven clubs' squads are more than 50 percent fully vaccinated, so we have a way to go,” the note issued to clubs read.

“We are considering if and how best we can reward those squads/players who are most Covid-compliant and who have opted to be vaccinated.”

“It is increasingly clear that full vaccination will be the key criteria for Government and health authorities, in terms of international travel and potential Covid certification at large scale events.”

It is said that only two Premier League sides have no more than six players vaccinated, albeit Leeds, Wolves and Brentford have reported high vaccination levels pushing 100%.