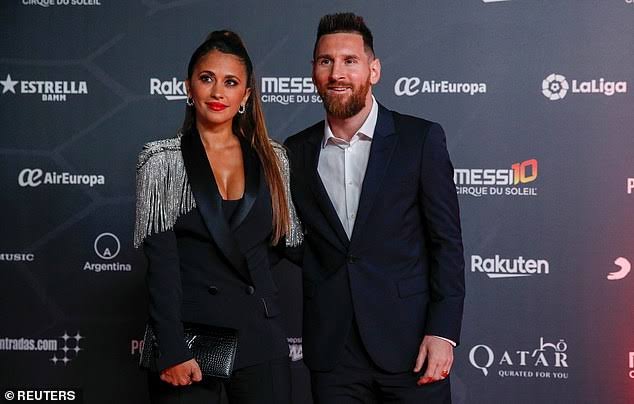 Barcelona had to be the venue for the Premiere of the Lionel Messi show, produced by the prestigious Cirque du Soleil and inspired by the D10S of football.

A number of personalities – not just from the world of football, but from the arts, journalism and even gastronomic worlds – wanted to be alongside Messi on the night.

Messi appeared minutes before nine at night, looking polished in a black suit and white shirt, accompanied by his wife Antonela Rocuzzo, who also looked stunning.

Luis Suarez was present, with his partner Sofia Balbi.

Barcelona were also represented by various members of the board, led by Josep Maria Bartomeu. Ansu Fati was also there, photographed with his family. Abel Ruiz was present, too.

Once it ended, Messi went on to the stage to greet the performers. The ovation was fantastic!

The Cirque du Soleil show will once it finished at the Parc del Forum in Barcelona later move to Argentina, Messi's homeland, with a venue in Buenos Aires.

Only Messi can boast of having a show like this from the most recognised company in the business based on his story.