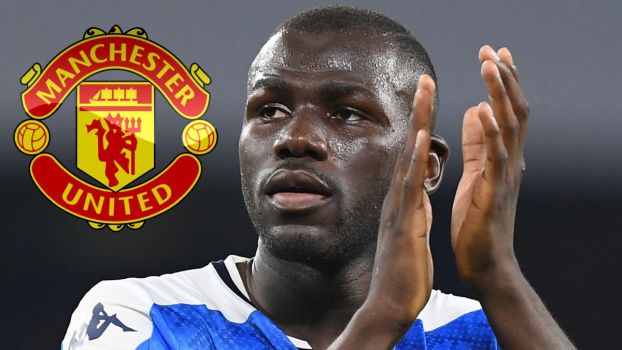 The rate at which Manchester United are in pursuit of Napoli defender Kalidou Koulibaly has reportedly put off French champions PSG making an approach.

Koulibaly has been linked with a move to Old Trafford since Jose Mourinho was in charge.

The Italian side have stood firm on their stance of not selling the Senegal centre-back in recent years, even turning down offers up to £90m in the past.

But it’s thought that they have now lowered their asking price to £70m due to the economic shift in football.

That means that Koulibaly could well be on the move this summer, but not to PSG.

French outlet L'Equipe are reporting that the Ligue 1 giants have “abandoned the idea of signing” Koulibaly due to United’s “strong press” for the player.

The Red Devils splashed £85m on Harry Maguire last summer to make him the most expensive defender of all-time, and could pair him up with Koulibaly in what would be one of the most feared defences in the world.

United aren’t the only Premier League side thought to be keen on Koulibaly though with Manchester City, Liverpool and Tottenham all credited with interest in the past.