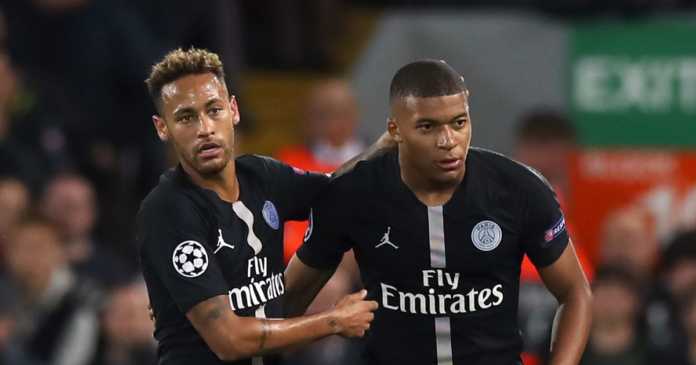 Paris Saint-Germain have injury concerns over Kylian Mbappe and Neymar ahead of their decisive Champions League clash with Liverpool next week.

While signs are positive for h Mbappe’s availability for a potentially make-or-break Champions League match against Liverpool next week, the source said that the 19-year-old is likely to miss PSG's match against Toulouse in Ligue 1 on Saturday.

Neymar needs more tests to confirm the extent of the right leg injury he suffered while playing for Brazil in a friendly against Cameroon but the doctor of the national team is optimistic it's not serious.

Asked if the Brazil international would be available for PSG's next games, Saturday's league encounter against Toulouse and the upcoming Champions League match against Liverpool, Brazil team doctor Rodrigo Lasmar said: “It's important to wait approximately 24 hours more.”

PSG are third in Champions League Group C after four matches, one point behind Napoli and Liverpool and one ahead of Red Star Belgrade.