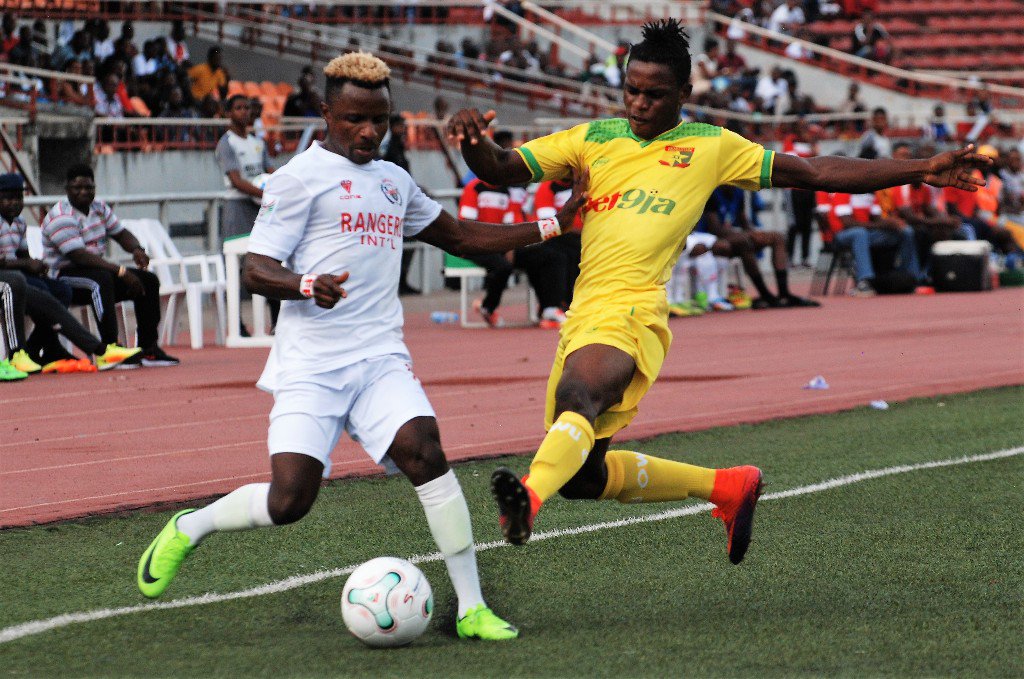 Rangers International FC have confirmed their attacking midfielder Godwin Aguda has left the club and joined Saudi Arabia side Al Washm FC for the season.

Aguda was the top scorer in the 2018/19 CAF Confederation Cup and inspired Rangers side to the NPFL Super 6 play-off.

In a tweet on Saturday, the club tweeted: #GodwinAguda sign a season-long deal with Saudi Arabia side, Al-Washm

Al-Washm play in the second tier of Saudi football.