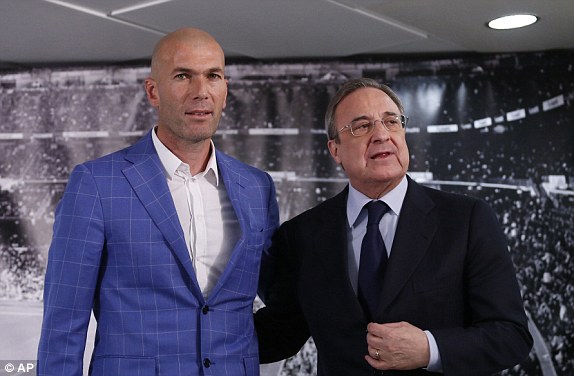 Pressure has been mounting on the Frenchman following a string of poor results.

However, Perez has backed his boss and assured him his job is safe, according to Spanish publication Marca.

Winning trophies is often not enough to keep a manager in his position at the Bernabeu.

Real are on a poor run of form heading into tonight’s showdown with their arch-rivals.

If they don't win the European tournament it could spell the end of Zidane’s second spell in the Spanish capital.

But Perez has attempted to stabilise the club by meeting with the manager ahead of El Clasico.

And Marca report that Zidane has welcomed Perez’s vote of confidence ahead of a crucial game in the title race.

However, the 47-year-old was coy over his future when asked in his pre-match press conference.

Here's what he said: “What I care about is continuing what we're doing, so ask someone else.

“Only one team wins in each competition and we're going to try and make it us.

“What we need is for our fans to be with us from the first minute to the 90th. I can understand if they are frustrated or annoyed, but we need them.”