Real Madrid have revealed their latest third kit which will be worn when they meet Roma on Tuesday night. Adidas have hung on to a similar theme in selecting “untraditional” colours for Real Madrid kit 2018/19 and have again gone for a red like the 3rd kit worn in the 2011-2012 season. The new Real Madrid kit 18/19 is produced entirely from the Parley material which is made of plastic recovered from different bodies of water all across the globe. Madrid are among several European clubs in support of the environment by wearing the Parley strip. Man United, Juve, as well as Bayern Munich will all have third kits made out of the same Parley material.

The Real Madrid new jersey is already available on the club’s official website where new UCL training gear and player customization can also be found. 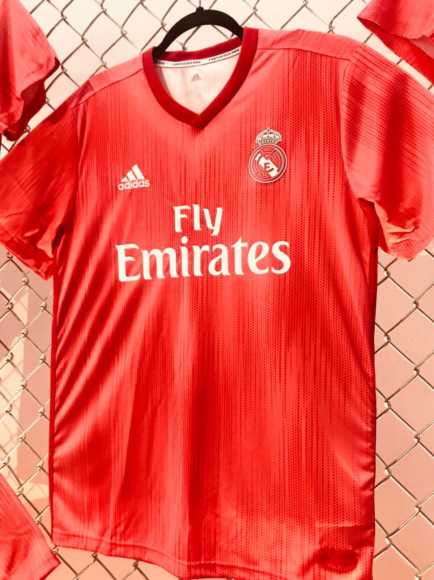 The red kits were said to be a good omen for Madrid in the 2011-2012 season as they won the league under Jose Mourinho with more than 100 points.

Julen Lopetegui and his boys will be looking for a similar outcome this season as they enter a play without Cristiano Ronaldo.