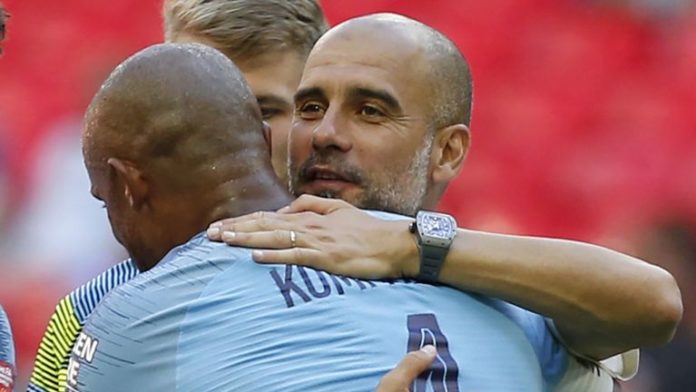 Pep Guardiola has confirmed Ilkay Gundogan could complete his Manchester City contract and leave the club on a free transfer next summer.

City remain in talks with the 28-year-old over extending his deal, but Guardiola said that the midfielder might have doubts about staying at the Etihad Stadium, given the discussions have yet to reach a conclusion.

Gundogan spoke with German newspaper Bild and said that he was in no rush to sign a new deal, but The Citizens are desperate to keep hold of him.

“I think Gundo, in the first season he couldn't play because of a tough injury, six or seven months out, but always when he was able to play a lot of games he is an incredibly important player,” the City boss said.

“He knows what we want, he knows what we think about him but it's the same as other cases like we said in the past, at the end the last decision is not in our hands.”

“We try to speak with him, we want him to extend the contract right now. Yesterday would have been better than today, and today better than tomorrow. But if he doesn't want to, we cannot do anything else.”

Asked what the former Borussia Dortmund midfielder wanted to commit his future to City, Guardiola revealed that the player clearly had doubts.

“If he was 100% then the deal would have been done, [but] we are still in negotiations,” Guardiola said.

Captain Vincent Kompany is also yet to sign a new deal with the sky Blues, despite increased first-team involvement recently.

The 32-year-old has battled injuries again this season, but Guardiola said staying fit was not a requirement for securing a new deal.