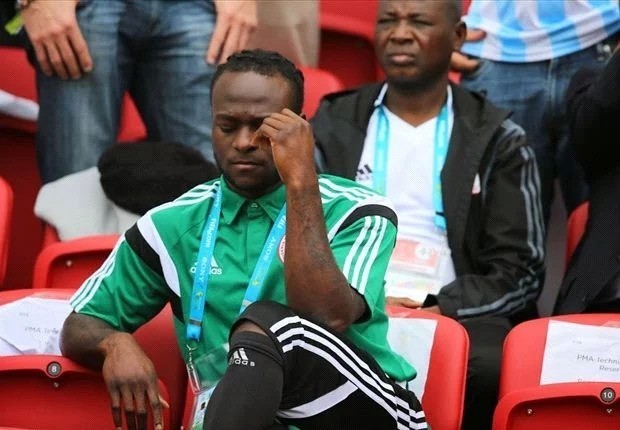 Former Chelsea defender Celestine Babayaro has counseled Victor Moses to withdraw his decision to quit international football for the good of his club career, after falling down the pecking order at Chelsea.

Chelsea coach Maurizio Sarri doesn't rate Moses and has told the Nigerian that he can leave the club in January when the transfer window opens.

The 27-year-old quit playing international football for Nigeria after the World Cup in Russia but Babayaro believes a return to the national team set-up will, no doubt, arouse interest in from clubs for his services.

“A return to the Super Eagles will no doubt do his career a whole lot of good right now.

“He is not getting games at Chelsea but he will sure get games with the Super Eagles and that could provoke interest from top clubs unlike now where only mid-table teams will consider him.

“Moses is a talented player, no doubt and he still deserves a shot at a top team but that won't happen if he isn't playing at Chelsea, it could happen if he impresses at international level with Nigeria, so he should consider it”, Babayaro said.