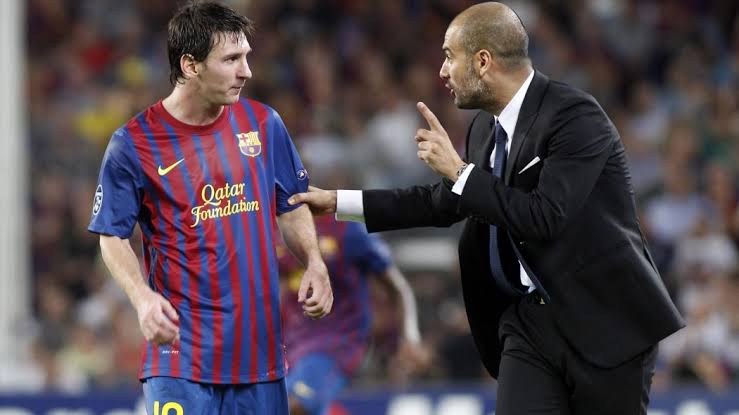 Latest reports suggest that the pair of Pep Guardiola and Lionel Messi’s relationship was not as good as it has been made out during their highly successful time at FC Barcelona.

The 48-year-old was in charge of Barcelona between 2008 and 2012 during a period where the club won three LaLiga titles and two each of the UEFA Champions League and FIFA Club World Cup, with Messi at the heart of the club’s success.

However, the relationship between the two Blaugrana legends was not always as it appeared, according to former New York Red Bulls manager Hans Backe.

The Swedish coach was talking to Sweden’s TV4 when he disclosed how Messi once allegedly humiliated Guardiola in front of his teammates, a story he claims to have been passed down from reliable sources within the changing room.

“It was three hours before the game when all the players were sitting and eating, and Messi said he wanted a can of coke,” Backe said.

“Guardiola replied that no player should drink cola three hours before a game. So Messi got up and left, returned a few minutes later with a can of cola and drank it right in front of Guardiola and the rest of the team.

“Imagine what would have happened when a player with the profile of Messi goes against the coach in this way? It was a war Guardiola could not win, it was impossible.”

The recently crowned The Best FIFA Men’s Player of the Year scored 211 goals for Barca during the four seasons he shared with Guardiola at the club.