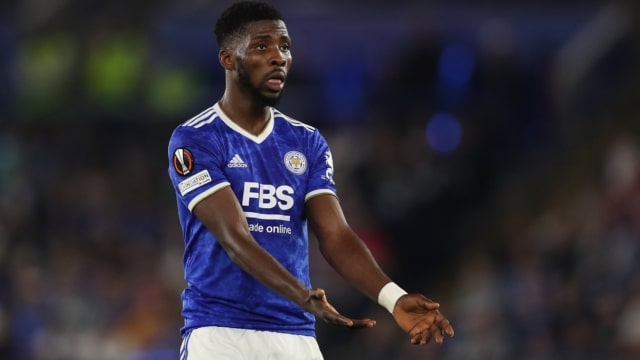 Brendan Rodgers has explained why Iheanacho has failed to get more playing time this season.

The gaffer is not worried as he knows that the Nigerian forward will get his opportunity soon.

Kelechi Iheanacho has always been an enigma. Super Kel enjoyed his best successes when he helped Nigeria’s Golden Eaglets win the FIFA U-17 tournament.

Things have changed, and Kelechi has struggled to live up to his potentials in England as the enigma still befuddles many managers. He enjoyed mild success under Manuel Pellegrini at Manchester City. The arrival of Pep Guardiola spelt doom for him as he could not fit into the system under the Spanish manager.

Kelechi moved to Leicester City to get more game time and fulfil his potentials, but things have not been rosy as he has had to contend against a striker who leads in a system built around him. With a different skill set, Kelechi has found it difficult to upstage the English international and has had to make do with reduced game time.

According to Leicester City manager Brendan Rodgers, the new playing style the team has adopted is responsible for the player’s absence. The manager said that Kelechi did not fit well into the formation.

With Rodgers switching from a 4-4-2 last season to a 4-2-3-1, Iheanacho has found it difficult to challenge for a place in the team.

According to Leicester Mercury, Rodgers claims that Iheanacho is best when the team plays two strikers.

He, however, praised Kelechi’s professionalism saying the striker is training well. He knows that opportunities will come at some point and has no doubt that the Nigerian forward will grab it.

Kelechi Iheanacho had a mildly successful 2020/21 season at Leicester. The Nigerian forward enjoyed an appreciable number of matches and was the highest goalscorer at Leicester City. Things have gone south this season as he has struggled to come close to the form he displayed last season due to lack of game time.

Kelechi has become a bit-part player this season, with most of his appearances coming as a substitute. The situation hasn’t helped his statistics this year, with new arrival Patson Daka even getting games ahead of the Nigerian.

The former Manchester City man scored 19 goals and nine assists from 39 appearances in 24 start to become the Foxes top scorer. He is currently a long way from achieving last season’s feat.

Last season, Brendan Rodgers had to rework his system to get the best out of his players. With injuries to a few players, Rodgers switched to a 4-4-2 formation. It allowed Iheanacho more game time as the system worked to his strengths. He featured more for the Foxes, with most of his games coming in January and May.

The return from injury of Harvey Barnes changed the dynamics, with the manager having to alter his formation again. The arrival of Patson Daka from Salzburg has also forced Iheanacho to the fringes as the Nigerian forward has made only eight appearances this season.