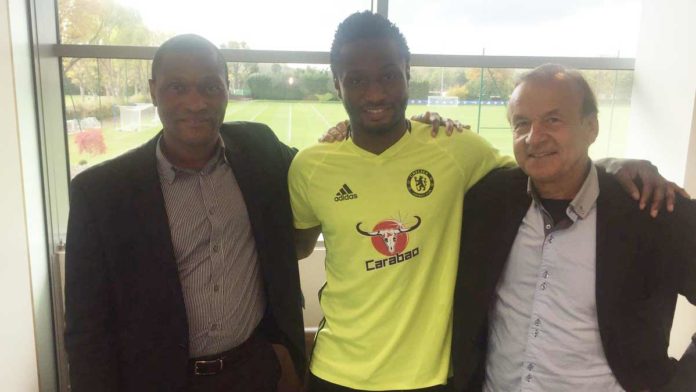 Super Eagles coach Gernot Rohr will leave for the United Kingdom to hold talks with team’s captain John Obi Mikel ahead of the 2019 Africa Cup of Nations.

For some reason, Mikel has refused to feature for the Super Eagles since his last appearance against Argentina on June 26 at the 2018 World Cup, and the German hopes to convince the Chelsea legend to return to the national team for his last Africa Cup of Nations.

In an interview with the BBC, Rohr said: ‘‘This is the question that my team and I will resolve. I will soon go to see him at Middlesbrough.

“There are many things to consider, but I respect him and what he has done for Nigeria. He remains an important player.

‘’He has been away from the team for a year, but we qualified for the AFCON without him. His absence, as our captain, has been evident.

“But he has had to deal with a range of issues, after the World Cup in Russia.’’

Meanwhile, the Super Eagles coach has confirmed that Samuel Kalu remains in contention to feature for the team at the upcoming Nations Cup, amid speculation in the media that the winger has been ruled out of action for the rest of the season.