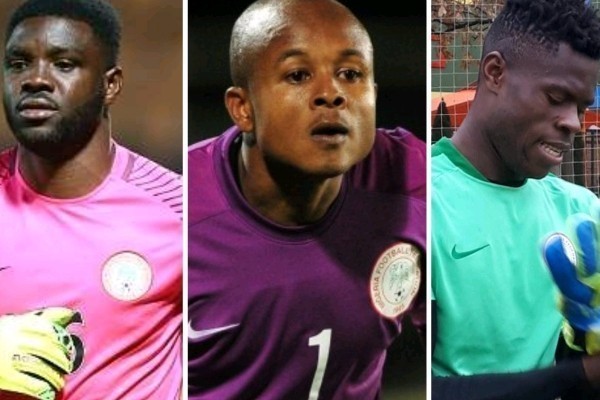 Gernot Rohr has decided to step up his search for a goalkeeper to strengthen the Super Eagles ahead of next year's Africa Cup of Nations.

The Super Eagles coach noted that Elche Goalie Francis Uzoho is not up there with the best because of his age.

Of the 72 goalkeepers named on the rosters for the 2018 World Cup, Uzoho was the youngest at nineteen and only celebrated his 20th birthday last month.

”The goalkeeper is very young and still improving.

“He's just 19, you can't be at the top especially in that position when you are only 19,” Rohr told Sports Editors at a media parley in Lagos.

Rohr is also on the lookout for new defenders, midfielders and strikers ahead of the tournament in Cameroon.

”In the defence also, Balogun is not playing in his club, it's a problem.

“He was not really fit in South Africa, but I hope he will play much more now.

“We saw John Ogu, he did very well, he's experienced and powerful.

”We have the young Etebo playing in Stoke but he has to improve.

“We saw again Mikel Agu, who did well in Asaba and we are still searching for other opportunities in this department.

”Also, our strikers, we saw Ighalo's comeback, which made us happy but we have to search.

The Super Eagles will return to action in March 2019 when they take on Seychelles in a dead rubber Africa Cup of Nations qualifier.