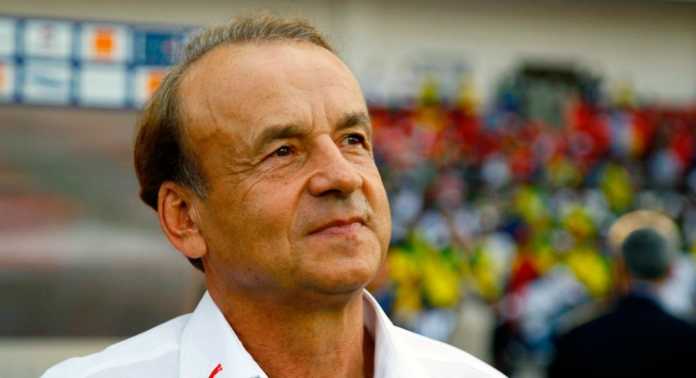 Gernot Rohr has made a fervent appeal to the Nigeria Football Federation ahead of the Super Eagles' crucial Africa Cup of Nations qualifier against Libya in October.

After two rounds in Group E of AFCON qualifying, Nigeria are one point behind the North Africans and the Super Eagles coach has requested that the stadium selected to host the match vs Libya is important.

U.J. Esuene Stadium, Calabar, Stephen Keshi Stadium, Asaba and Ahmadu Bello Stadium, Kaduna are some of the venues being considered by the NFF to host the game on October 10.

”I don't know where we will play because we need a good pitch, a large pitch where we can play our football against a team which did a good job today in South Africa.

The Godswill Akpabio International Stadium was used for Nigeria's World Cup qualifiers while a recent friendly against Congo DR was played at the Adokiye Amiesimaka Stadium in Port Harcourt.