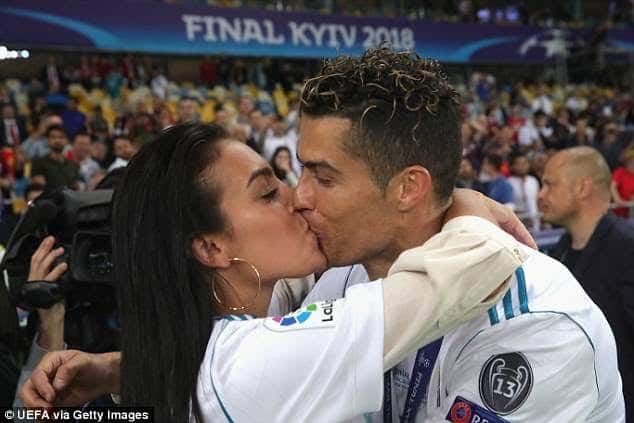 Even though she has a designer wardrobe fit to burst, Georgina Rodriguez dressed down for a trip to church with her footballer beau Cristiano Ronaldo on Saturday.

The 34-year-old loved up football ace, and Georgina, 25, both wore sporty looks for the service in Turin, cosying up as they strolled through the sunshine. 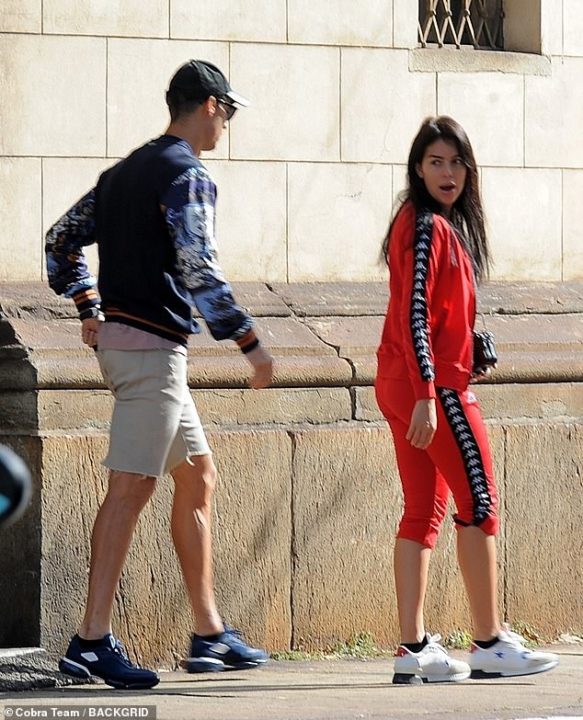 The footballer revealed his muscled pins with a pair of tight cut-off jeans.

He paired these with a colourful sweater and midnight blue Umbro trainers.

And Georgina, who is the mother of the couple's daughter Alana Martinez, one, wore a bright red kappa tracksuit. The couple's attendance at church comes after they posed earlier on Saturday for an Instagram snap with their daughter Alana Martinez, one, and the Juventus star's three other children Cristiano Jr., nine, Eva Maria Dos Santos and Mateo Ronaldo, both two.

The couple first locked eyes on each other when she was working as a sales assistant at a Gucci store in Spain, before meeting again days later at a brand event. 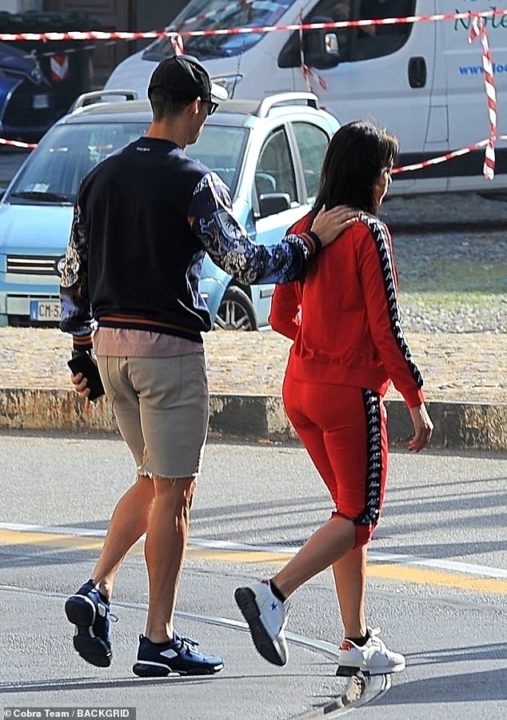