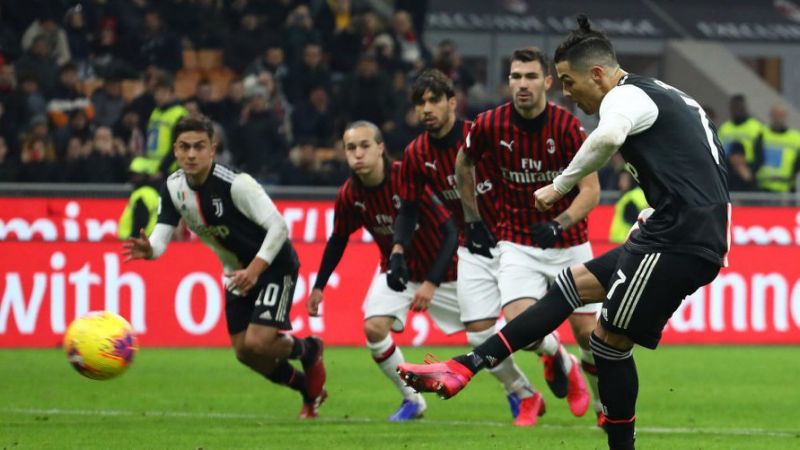 Cristiano Ronaldo scored a controversial late penalty to earn Juventus a 1-1 draw with 10-man AC Milan in the first leg of their Coppa Italia semi-final on Thursday.

But Stefano Pioli’s side were left a man down for the final 18 minutes when defender Theo Hernandez was shown a second yellow card for a rash challenge on Paulo Dybala.

Juventus were awarded a penalty in the dying minutes following a Video Assistant Referee review, which showed that a Ronaldo scissor kick had struck the arm of Milan defender Davide Calabria.

The Portuguese forward smashed the spot-kick into the roof of the net to earn his side a draw ahead of the second leg in Turin on March 4.

Milan will be without Zlatan Ibrahimovic for the return fixture because of suspension after 38-year-old attacker picked up his second yellow card of the competition.

Midfielder Samuel Castillejo is also suspended for the decider, as is Hernandez. 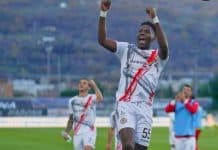