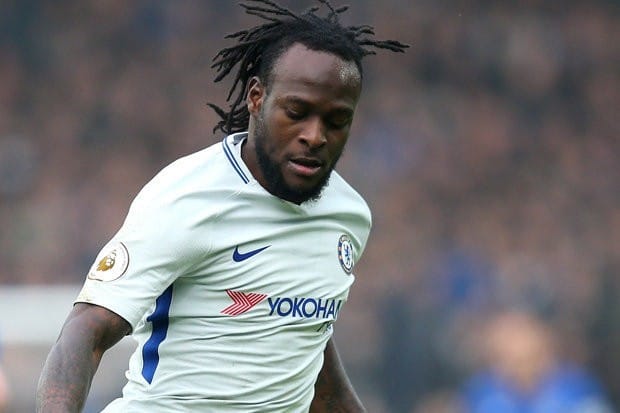 The Super Eagles forward, alongside Jermaine Defoe and Yaya Toure, have been reportedly linked with a January move to the Selhurst Park in London.

Hodgson has hinted that they are not interested in signing the winger nor Toure and Defoe at the moment.

“I don't hear them, because no one at the club mentions them to me,” Hodgson told reporters at Friday's press conference ahead of the home game vs Leicester City.

Pressed for further details, the ex-England manager reiterated that Moses, Defoe, and Toure are not among the players on their wish list next month at this moment.

“If the day ever comes when the people within the club put names like that in front of them, I'll discuss them.

“But you are asking me if it is a fact we are discussing them, and I am saying as a fact, we're not discussing these names,” he added.