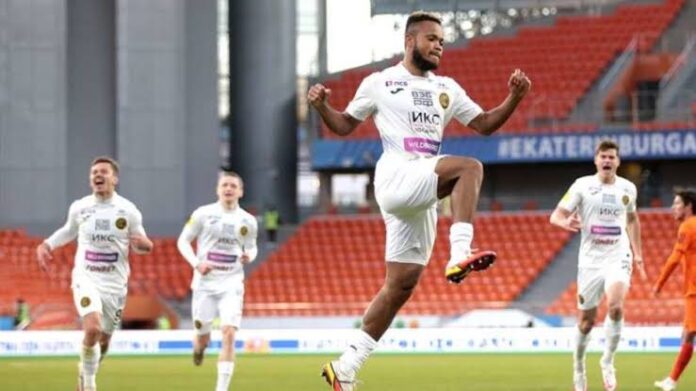 Following the conclusion of matchday eleven fixtures of the Russian Super League, one of Europe's foremost statistics website, Whoscored, has named Nigerian forward, Chidera Ejuke in the Russian Premier League's team of the week.

The 23-year old forward was in action over the weekend as his CSKA Moscow side pipped Ural Yekaterinburg by a lone goal away from home, with Ejuke scoring the only and winning goal of the game in the second half.

The goal was Ejuke's third goal of the campaign and he also has two assists to his name in his nine appearances for CSKA Moscow in the league.

With a rating of 8.9, Ejuke was deployed on the left side of midfield in a 4-4-2 formation in the Russian Premier League Team of the Week.

The former SC Heerenveen and Valerenga winger completed an astonishing nine dribbles against Ural in his 85 minutes of action.

Ejuke played two shots with one ending up in the back of the net and finished with an impressive passing accuracy of 92.3 percent.

Defensively, the 23-year-old made two interceptions and one clearance, while giving away one foul. 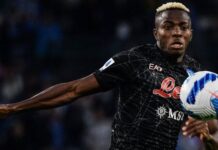 How I Performed Menial Jobs For N20, N80 To Survive -Osimhen