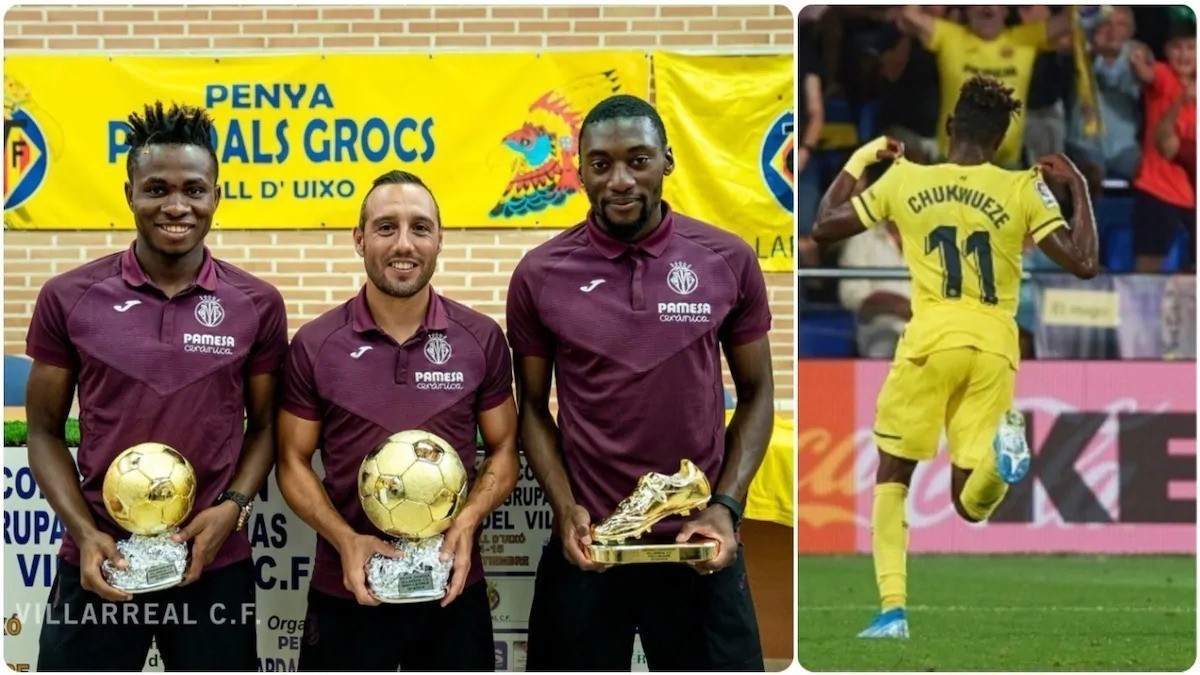 Super Eagles star Samuel Chukwueze has been named the Spanish League revelation player of the year by yellow rockers.

The Nigerian youngster who opened his goal account for Villarreal this season in their 4-4 draw against Granada last weekend made his La Liga debut in the 2018-19 season.

The Super Eagles winger scored five goals and assisted two others in 26 appearances for the Yellow Submarines all through the season.

The 20-year-old was also on target for his Spanish League side once in the Europa League, while he found the back of the net twice in the Copa Del Rey.

Impressive for a youngster of his age, but he did not stop there as he went ahead to make his Africa Cup of Nations debut for Nigeria in Egypt this summer and became the youngest player to score in the tournament.

His goal and performance against South Africa earned him the man of the match at the end of the game, while he left the tournament with the bronze medal after all.

Chukwueze is well known for his ability to take on players from the flanks, while he torment defenders with his speedy movement.

His current deal will expire in the summer of 2023 having joined them from a Nigerian academy in 2018.

Other recipients of the prestigious award are former Arsenal midfielder Santi Carzola – who was named the best footballer according to information on Villarreal's official website.