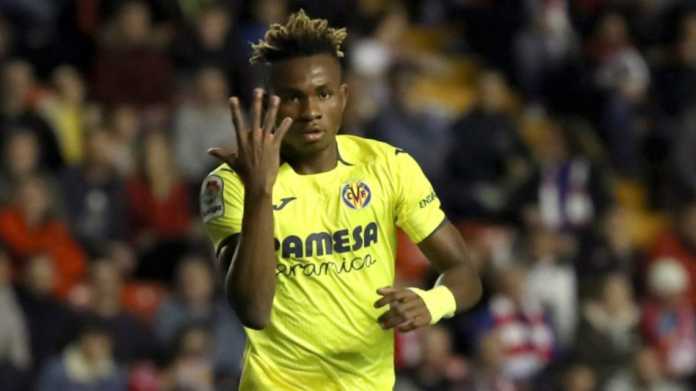 Samuel Chukwueze has been named in the LaLiga Team of the Month of November as compiled by whoscored.com after the Nigerian scored twice to help Villarreal go unbeaten throughout the month.

In a month where Chukwueze made both his LaLiga and Super Eagles' debut, he impressed in his first start against Levante before scoring his first goal seven days later in a 2-2 draw against Rayo Vallecano.

The Super Eagles' wonder kid then followed it up with his first call-up to the national team before making his debut against Uganda in Uyo.

Chukwueze returned to club action four days later to score his second league goal, scoring what proved to be the winner in his side's 2-1 win over Real Betis.

The 19-year-old’s impressive start has however not gone unnoticed with Chukwueze earning a monthly rating of 7.69, joining Argentine great and five-time Ballon ‘d Or winner Lionel Messi to lead the attack in a 4-4-2 formation with Real Sociedad Adnan Januzaj scooping the Player of the Month.