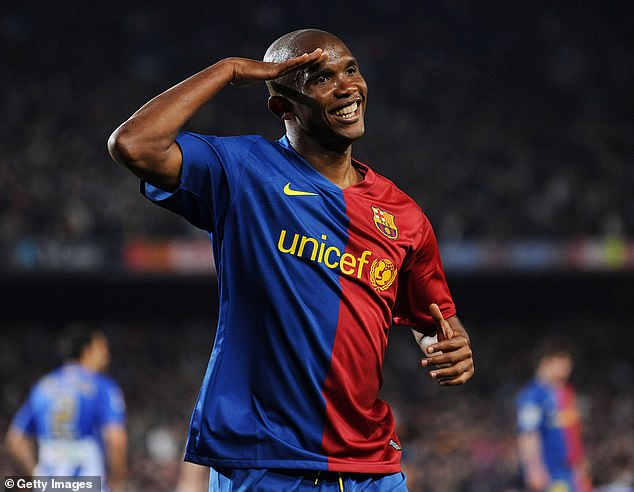 Samuel Eto' is being lined up for a shock return to football in Spain's third tier just a week after he survived a car crash in his country.

The Cameroon legend retired from football in September 2019 following a brief stint with Qatar SC.

Now Spanish third-tier outfit Racing Murcia, that is being funded by Emirates investors, is making a move for the former Barcelona and Chelsea star.

The club's president, Morris Pagniello, told Radio Marca: ‘At this time of the morning I would say that the signing of Samuel Eto'o by our team is at 50-50.'

He then added: ”Next week we will know if we can sign Eto'o. If not, we have a Plan B prepared.

”We have several investors in Mexico and the Emirates who can financially compensate the operation.”

Racing Murcia sealed promotion to the third tier at the end of last season and are hopeful they can land Eto'o, 39, who has played for the likes of Real Madrid, Barcelona, Inter Milan, Chelsea and Everton among others.