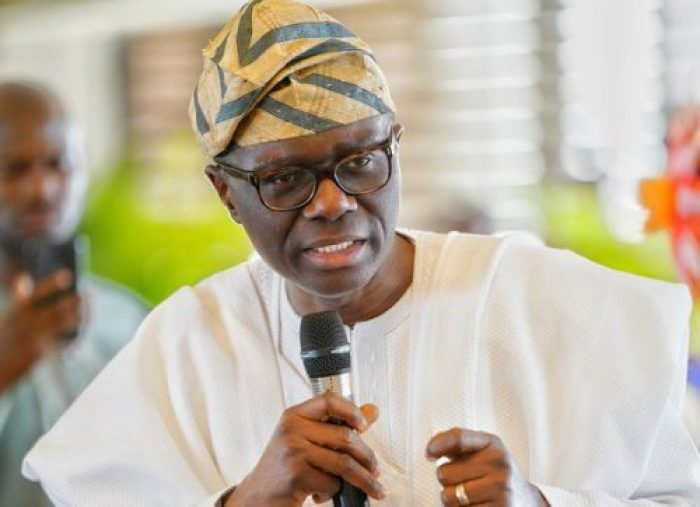 Governor of Lagos State, Babajide Sanwo-Olu has been accused of withdrawing $470 million from the coffers of the State to fund the delegation of the Federal Government to the ongoing Africa Cup of Nations in Egypt.

Sanwo-Olu, who is in Egypt as part of the delegation led by the President of the Senate, Dr Ahmad Lawan, donated $5,000 to each member of the Super Eagles after defeating Cameroon 3-2 in the round of 16.

The allegation of the withdrawal of $470 million was levelled by the Peoples Democratic Party in a statement on Sunday.

But the Lagos State Government in a statement said the allegation is untrue.

It said: “Our attention has been drawn to a press statement by Lagos State chapter of the People’s Democratic Party (PDP) claiming that the State Governor, Mr Babajide Sanwo-Olu withdrew the sum of $470m to take himself and some persons including APC Chieftains to watch the Nigeria-Cameroon match at the ongoing African Cup of Nations (AFCON).

“There is nothing farther to the truth than this statement, which follows the same pattern of falsehoods usually dished out to the public by the PDP and its mouthpiece.

“For the avoidance of doubt, His Excellency, Mr Babajide Sanwo-Olu did not make any withdrawal for the purpose of attending the AFCON in Egypt.

“It is a public knowledge that Mr Sanwo-Olu was named among some other dignitaries to attend the ongoing African football fiesta in Egypt.

“Members of the Federal Government delegation to AFCON 2019 are Dr Ahmed Lawan, as leader of the delegation, Speaker of the House of Representatives, Mr Femi Gbajabiamila and the Secretary to the Government of the Federation, Mr Boss Mustapha.

“Also on the list are Central Bank of Nigeria (CBN) Governor, Mr Godwin Emefiele, President of the Nigeria Olympic Committee (NOC), Mr Habu Gumel and a Representative of the Presidency; Captain Hosa Okunbo.

“The Permanent Secretary in the Federal Ministry of Youth and Sports, Olusade Adesola and Muhammad Gambo, the ministry’s Director of Facilities, are also members of the delegation, which include a former Minister of Youth and Sports, Solomon Dalung, to complete the 11-man list.

“Is it not laughable therefore that PDP will resort to issuing press statements based on fake news on social media? Does it not stand logic on its head to allege that Governor Sanwo-Olu spent $470m to fund a trip that he was nominated as a delegate?

“As we have always stated, we will again suggest to the Lagos state PDP and her spokesman to always fact check before putting pen on paper. Opposition politics is not built on lies and fake news.”