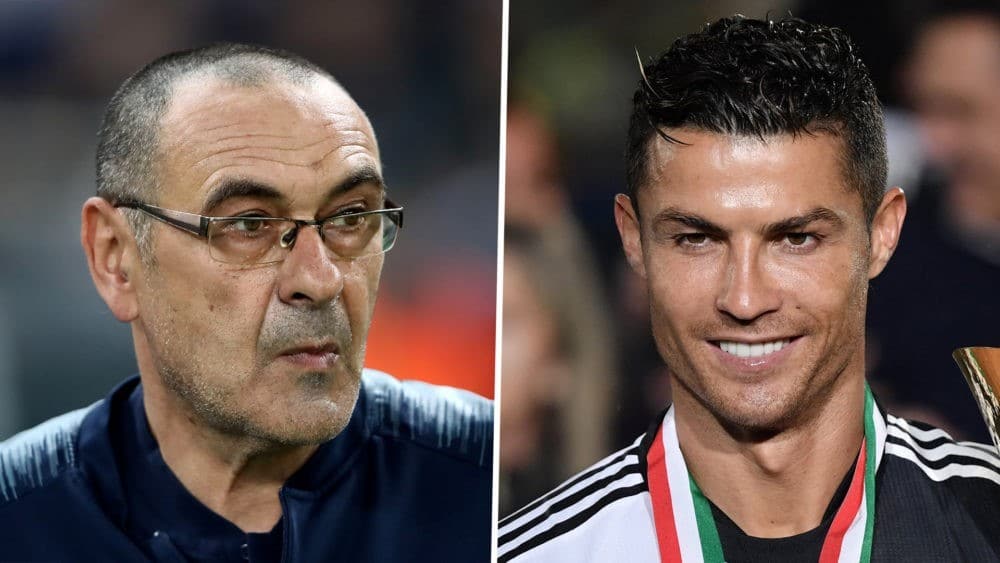 Juventus' new manager Maurizio Sarri has met with Cristiano Ronaldo in the South of France to plot an even more deadly attacking role for the five-time Ballon d’Or winner, according to reports in Italy.

Following his official unveiling at Juventus on Thursday, Sarri wasted no time in deciding to meet the star striker, jetting off to join him as the forward suns himself on a holiday break abroad aboard a yacht in the French Riveria.

It was in the South of France on Friday that the Italian manager and Juve sporting director Fabio Paratici caught up with Ronaldo to talk about plans for next season, according to various reports in the Italian press.

Sarri is said to have told the Portuguese star he wants to see him operate more in a ‘number 9’ role, closer to the opposition goal rather than out on the wing, in the hope that he will allow him to be even more productive.

The Juve boss is also prepared to allow his star forward more tactical freedom, which is said to have met with Ronaldo’s approval.

In reality, while the Portuguese superstar is stuck with the number 7 shirt he has been synonymous with since his days at Manchester United, with age he has metamorphosed from a marauding winger to more of an out-and-out striker.

Ronaldo Scored 21 goals in his first Serie A season, but the personal target for the 34-year-old will be Gonzalo Higuain’s record haul of 36 goals in a season, set while playing under Sarri at Napoli in 2015-16.

Sarri said at Juventus unveiling on Thursday that he wants to help the Portuguese serial record-breaker “break even more records” as they bid to win a ninth consecutive Seria A title and, more importantly, end the club’s 20-year wait for European silverware.