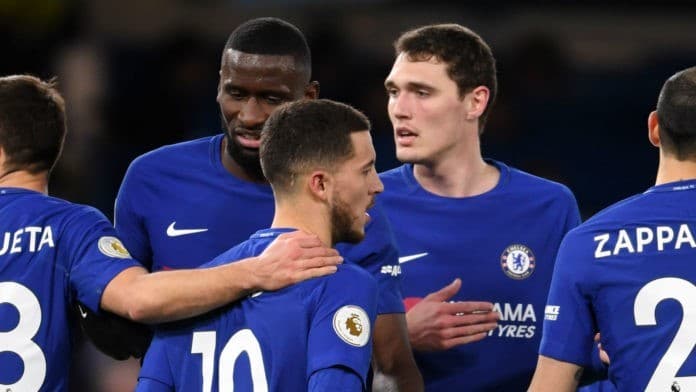 This summer presents Chelsea the chance to finally rid themselves of their plethora of players and lower their wage bill.

Some include ‘option to buy’ clauses, with the likelihood that these will be Tiemoue Bakayoko and AC Milan, Kenneth Omeruo at Leganes, Victorien Angban at Metz, Lucas Piazon at Chievo, Danilo Pantic at Partizan Belgrade, Ola Aina at Torino, Mario Pasalic at Atalanta and Morata at Atletico Madrid.

That should raise in excess of £120m, with Morata and Bakayoko set to be sold for about two-thirds of that figure alone.

There is no future for these players in London and a nine-figure sum back to the club would be a tidy business with little work done.

As for their loan companions, several are too young for the Blues to seriously think about selling but there are some more ‘oldies’ that have lost their way that will go.

That includes Victor Moses, Michael Hector and Lewis Baker. Chelsea would be happy to receive much for that trio.

Mason Mount, Reece James, Tammy Abraham, Fikayo Tomori and Trevoh Chalobah have all been brilliant in the Championship and could easily make the step up to the Premier League.

However, these stars represent the soul of Chelsea’s hard work in the academy over the past few years and offloading them would cause fracas with the fans.

But hard decisions are made at Stamford Bridge over player’s futures all the time and with a transfer ban on its way – there will be a whole lot more to come.