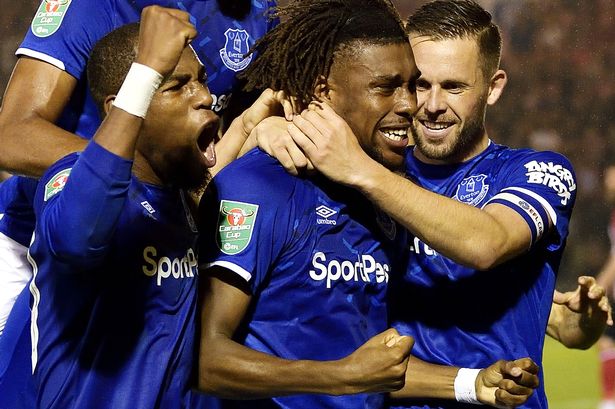 Everton host Wolverhampton Wanderers on Sunday in a clash that will pit the two sides that fought for seventh place in the Premier League last season.

After four new signings – Moise Kean, Alex Iwobi, Fabian Delph & Djibril Sidibe – got their full debuts against Lincoln City midweek in the Carabao Cup, manager Marco Silva was asked if he would start off any of those players again.

“We gave them the first start in the other match, I liked what I saw. To be honest, it’s what I expected also.

“For some of them they didn’t do the preseason, but for Sidibe, he did one game with us.

“The other three same, just Fabian knows more because he started one game (in the preseason), but he knew more things about us and our model.

“They did well, the whole team did well. It’s important for them to start to know each other and their teammates.

“For Fabian and Alex it’s easier because they know the Premier League, they even know some of their teammates even if they didn’t play together.

“For the other two it’s a bit different but it’s up to me to give them more minutes, and give them games to start if I decide.

“Now they are coming up to the same level as the others, but it’s up to me to decide.”

When asked about the team’s injury status and if Delph would be starting over the weekend, Silva was evasive, pointing out that the former Manchester City midfielder had just started on Wednesday.

SEE ALSO: Wilfred Ndidi Now A Student Of A University In Leicester City

“Our only player injured at the moment is JP Gbamin. Everyone else is available to play, it will be my decision.”