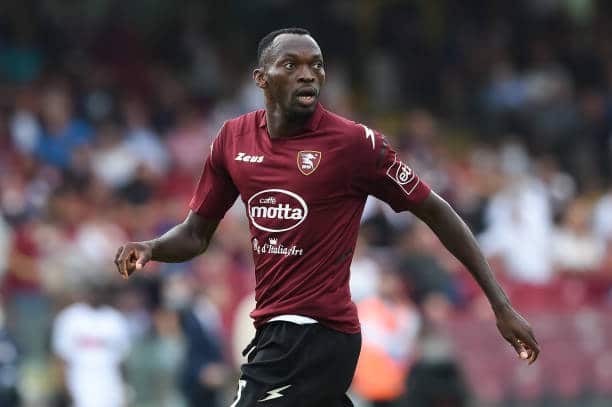 Super Eagles duo of Simy Nwankwo and Taiwo Awoniyi were at their bet mettle as they found the back of the net for their respective clubs in Europe on Saturday.

Simy who joined the club in the summer on loan a season long-loan from Crotone, put his team in front on 39 minutes, after connecting with a pass from his compatriot Joel Obi.

However, his goal was not enough to save Salernitana from the hands of defeat as they lost 2-1 to Spezia

Simy who scored 20 goals for Crotone last season, will be looking to build on his performance in subsequent matches.

on the othr hand, Awoniyi maintain his impressive goal scoring form for Union Berlin as he netted a goal in the team's 2-0 win against Wolfsburg on Saturday.

Awoniyi has now scored six goals for Urs Fischer’s men in all the league and only Robert Lewandowski and Erling Halland have scored more.