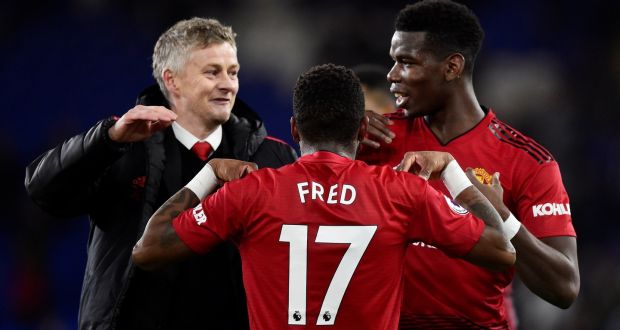 Paul Pogba has not played for Manchester United since September 30 and, speaking after United’s 3-1 win at Norwich on Sunday, Ole Gunnar Solskjaer revealed it would likely be a minimum of around five weeks before the French midfielder was back.

Solskjaer has backed Fred, who has started all three of United’s Premier League fixtures in Pogba’s absence, to enjoy a run in the first team, while Andreas Pereira is also an option.

Speaking ahead of his side’s Carabao Cup clash with Chelsea on Wednesday, the Norwegian said: “Fred will probably take Paul’s position for a while now.

“That’s been brilliant for us, but Andreas has grown in the last few games. His energy and chasing and running… he’s a different sort of (player) but he can play also in the central positions.

“There’s no use talking about who’s not going to be here for a long, long time because he’s not going to come on the pitch and help us until he’s fit.

“Paul’s been brilliant and he is a creative midfielder that we need, but then it is up to the others to step up.”