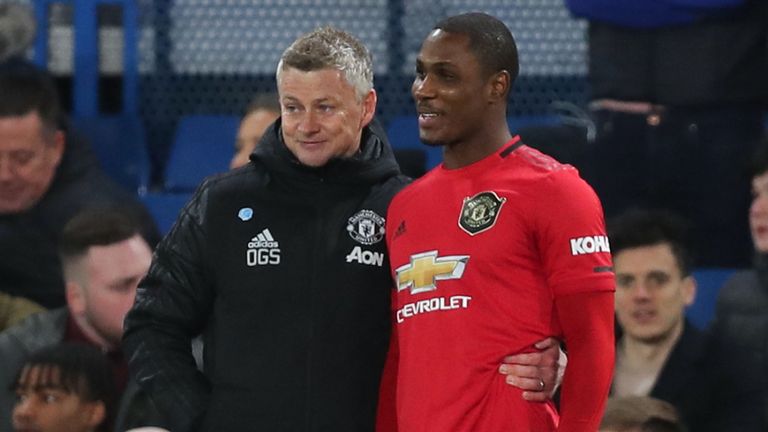 Manchester United boss Ole Gunnar Solskjaer has given hope to the fact that former Super Eagles striker Odion Ighalo will start in the clubs last 32 games.

The former Watford forward made his Manchester debut and nearly scored when he replaced Anthony Martial during Monday's 2-0 win over Chelsea.

United have signed the 30-year-old on loan until the end of the season from Shanghai Shenhua.

Solskjaer is hopeful that the Nigerian star can fill the void left by Marcus Rashford for the remainder of the campaign.

Here's what Solskjaer said ahead of the Europa League clash against Club Brugge: “For me, Odion is a different type of striker for us.

“He's a box striker, a goalscorer, we've seen him in training, he knows his craft and how to train as a centre-forward.

“He's a fantastic professional and human being and has already added to the squad.

“The boys have taken to him. I hope he's going to sharpen up quickly.

“He's been out of season, he needs to do a little bit extra after training and we try to give him as much game time as possible.

“He had a good chance at Chelsea, but I'm sure he'll take his chances.”

When asked if Ighalo will start the last-32 fixture, he said: “I'm not going to tell the team today.

“We are going to have to rotate with all the games coming up and he's one that could start, although we've not made a decision yet.”