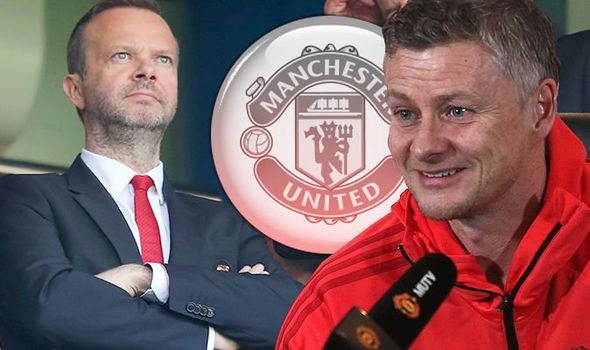 Even though he is not yet Manchester United permanent manager, Ole Gunnar Solskjaer is plotting next season at Old Trafford.

The Norwegian coach has had a number of meetings with co-owner Avram Glazer in the last two months and has been in daily dialogue with the club's executive vice-chairman, Ed Woodward.

The 46-year-old coach has already laid down to Woodward his transfer shortlist for the summer – topped by Borussia Dortmund's England whizkid Jadon Sancho.

Despite Dortmund's declarations that he will spend another season at the Westfalenstadion, Mirror Football claims United are ready to stump up the biggest transfer fee ever paid by a Premier League club this summer to land the teenager.

Solskjaer is also ready to get ruthless with his current squad and has similarly told Ed Woodward of the players he wants to get rid of this summer.

The Ecuadorian's contract winds down this summer, and while United did have a one-year option, they have elected not to take it up.

The Argentine's spell at Old Trafford has been badly punctuated by injuries, and he is fifth choice centre-half right now – an area United are also keen to strengthen.

The third name that has been made clear is Alexis Sanchez.

Fourteen months after signing the biggest contract in the Premier League at £400,000-a-week, the 30-year-old is surplus to requirements and largely ineffective, as per the Daily Star.

Now Solskjaer has put pressure on Woodward to find a solution, for a player who continues to look a shadow of his former self, and that doesn't fit into his manager's Old Trafford vision.