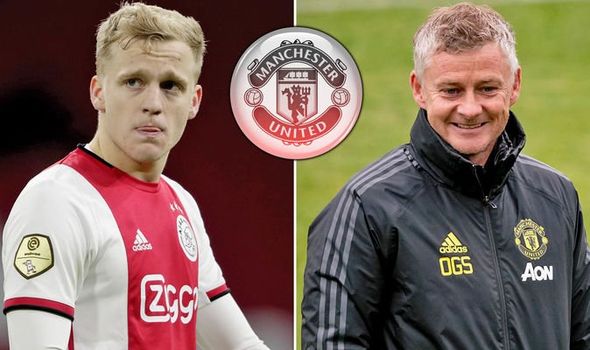 Manchester United signed Donny Van de Beek from Ajax for £40million back in the summer transfer window but fans are still waiting to see what the Netherlands international is capable of in the Premier League.

The 23-year-old made a good cameo against Newcastle, helping the Red Devils win 4-1 at St James’ Park.

And, speaking after the game, Solskjaer insisted Van de Beek had a big role to play and would start more matches in the coming weeks.

“He'll get his game time. He's been fantastic in the group,” said the 47-year-old.

“I think you see today and in training, he's so neat and tidy, I don't think he lost the ball once.

“It's about finding the balance in the team. We've won 4-1 today and you're asking why I didn't start one of the players. He'll have a very good impact on the team.”

On his team selection, Solskjaer admitted that he decided his XI while factoring upcoming matches against PSG, Chelsea, Arsenal and RB Leipzig into his call.

“We have so many games coming up and you pick a team that you think is going to get a result in that game,” he said.

“You look at the opposition and you look at yourself and what is the best balance and I thought we found the right one today.

“The ones who stayed on the bench as well – they were our supporters tonight so there was a great attitude and team spirit.”