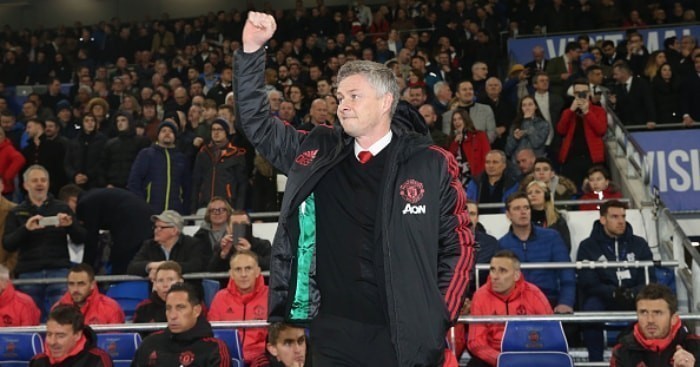 With the likes of Paul Pogba and Romelu Lukaku reportedly leaving, Manchester United manager Ole Gunnar Solskjaer will have money to spend.

And according to the Daily Mail, there are ten players on his list as he looks to add to the capture of Daniel James from Swansea.

Conceivably the most pressing concern is the defence.

Crystal Palace's Aaron Wan-Bissaka and Thomas Meunier of PSG are both targets for the right-back position.

In the centre of defence, Harry Maguire is said to be Solskjaer's number one target. Milan Skriniar of Inter is another possibility, but is again expensive and would cost an estimated £80m.

With Nemanja Matic and likely Pogba leaving Old Trafford there is also a need to bring in some steel in centre-midfield.

Ivan Rakitic is probably surplus to requirements at Barcelona following the arrival of Frenkie de Jong and could cost about £50m. A slightly cheaper option at £40m is Tottenham's Eric Dier, who has been linked with the club in the past.

A rather surprising player on Red Devil's radar is Newcastle's Sean Longstaff and could be available for a cut-price £25m.

Solskjaer also wants more attacking threat from his side and could do a contest with Tottenham for the £70m rated Lyon midfielder Tanguy Ndombele.

Moussa Dembele is being viewed as a striking option for £40m, while perhaps the most arduous target of all is Benfica wonderkid Joao Felix, who would likely command a fee of a massive £105m.