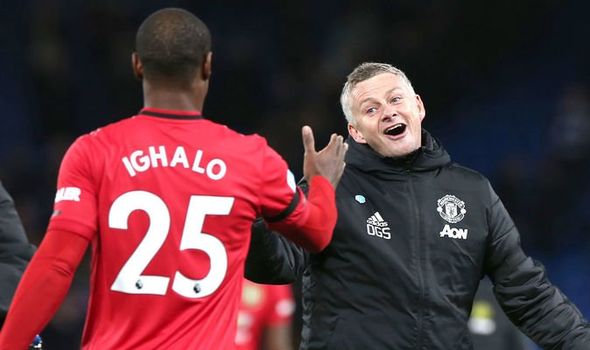 The Red Devils boss handed Ighalo his first start against Club Brugge following his Deadline Day move, and the Nigeria international slotted home in the 34th minute to register his first goal for the club in a 5-0 win.

Here’s what the impressed Solskjaer said about the striker’s performance, saying: “Odion was up front there doing what he does.

‘’He’s a target man, we can play up to him, he can hold it and he’s got Bruno (Fernandes) and Juan (Mata) next to him so he’s got runners there.

“As a fellow striker myself, I know how important that first goal is. He has been close a couple of times, you can see he sniffs goals, he wants to be there where it sometimes hurts but with that goal as well, he is sharp in his head.

“As the ball is played over to Juan, he spins and is on the six-yard line when Juan puts it there. That’s a natural striker.”