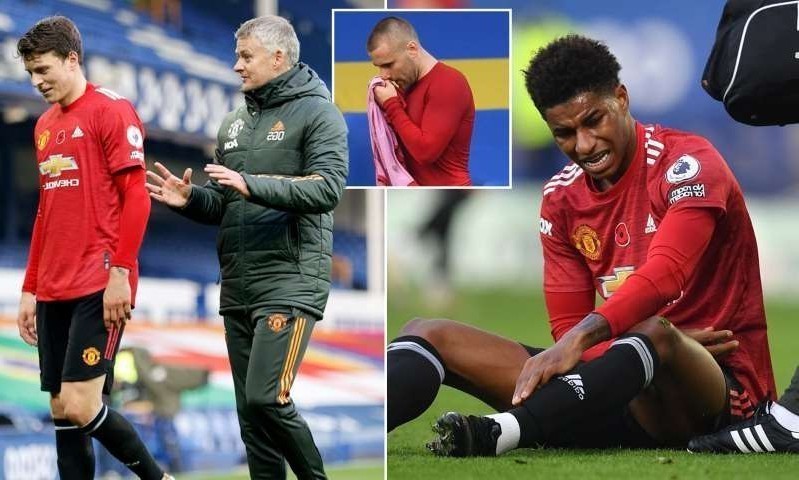 United came from behind at Goodison Park on Saturday thanks to first-half goals from Bruno Fernandes after Bernard had put the Toffees in front early on.

Edinson Cavani scored his first goal for the Red Devils in the 95th minute to seal the points.

When asked if there were any injuries at Everton, Solskjaer told MUTV: ‘’Yes. Victor's back, Marcus's shoulder, Luke Shaw's hamstring. That's three I can remember from the top of my head.

‘'I hope everyone else is okay. David didn't play [in midweek] but he had a groin problem before the game.'’

In his post-match interview with BT Sport, Solskjaer slammed the ‘football authorities' for the lack of rest time given to the club following their Champions League game in midweek.

Solskjaer's side were beaten 2-1 by Istanbul Basaksehir on Wednesday night and did not get back home until four o'clock in the morning on Thursday.

The Manchester United boss was furious that his side were forced to play at Everton just over 48 hours after their return.