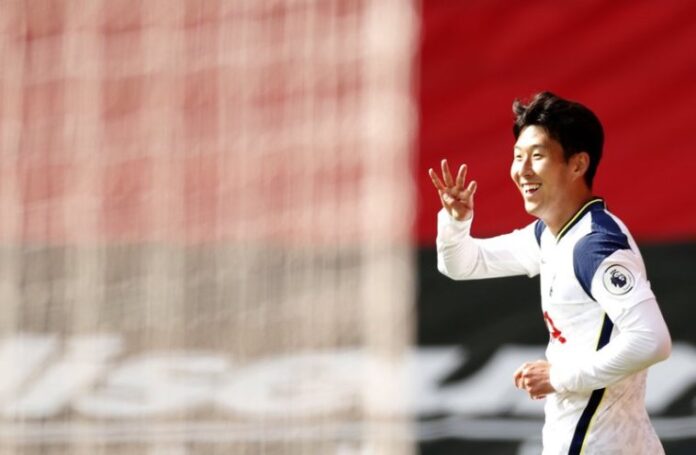 It was as if Harry Kane’s supply would not stop as he assisted Son Heung-min four times to earn Tottenham a resounding victory over Southampton.

It is the first time one player has assisted another four times in a single Premier League match but Kane eventually scored Spurs’ fifth after prying on a rebound.

Ralph Hasenhüttl’s side deservedly took the lead through a superb Danny Ings strike who also hammered in a penalty in second-half stoppage time, by which point Spurs were out of sight.

José Mourinho tweaked things, making three changes from Thursday’s win in Bulgaria but Dele Alli was conspicuous by his absence after being omitted from Spurs’ travelling party for the second time in four days.

Alli has been offered to numerous clubs on loan, including Paris Saint-Germain, with Tottenham keen to offload the midfielder following the marquee return of Bale.

Southampton showed glimpses of quality but Tottenham taught them a harsh lesson.