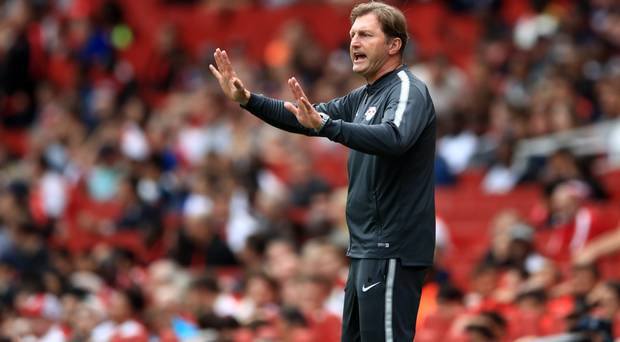 Hughes, appointed in March, managed to keep Southampton Football Club up last season and was rewarded with a three-year contract in the summer along with coaches Mark Bowen and Eddie Niedzwiecki.

While Saints work to bring in Hasenhuttl, first-team assistant coach and fans' favourite Kelvin Davis will be in the dugout when Saints head to Tottenham on Wednesday.

“Assistant First Team Manager Mark Bowen and Assistant First Team Coach Eddie Niedzwiecki have also left the club. We would like to express our thanks to Mark and his staff for all of their efforts during their time at St Mary's. The search for a new manager to take the club forward is already underway.”

First Team Assistant Coach Kelvin Davis will be in charge of the team for Wednesday's Premier League match against Tottenham Hotspur at Wembley.

Davis has made just one start in all competitions, against Brighton in the League Cup back in August.