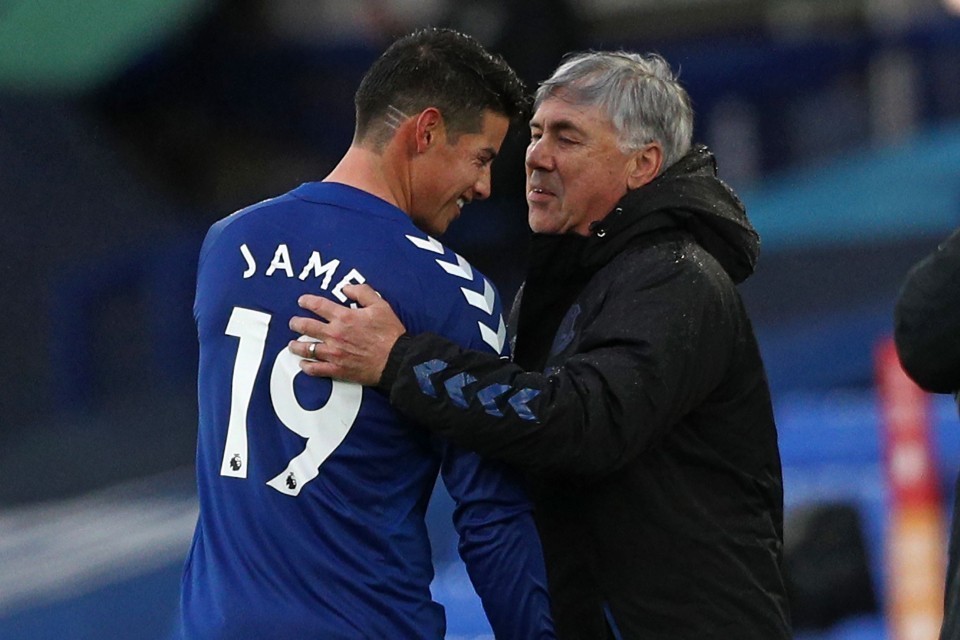 A massive injury blow has hit Everton as Carlo Ancelotti has revealed that star midfielder James Rodriguez will not play for the Toffees in their match against Southampton on Sunday.

The 29-year-old is nursing a knock suffered against Liverpool. Rodriguez was challenged by Virgil van Dijk in the game and the Dutch defender’s challenge injured the midfielder.

The Colombian has not trained with the team and has been working on his recovery.

However, Ancelotti does not expect the midfielder to see action during the weekend.

“Unfortunately, James had a problem during the game [against Liverpool],” Ancelotti told evertontv.

“He had a mistimed tackle with Virgil van Dijk at the beginning of the game and I think he will not be available for the game against Southampton.”

Good news is that Brazilian midfielder Allan will be available for selection.

The defensive midfielder had some groin troubles over the past week but he has been cleared to play.

Everton are looking to extend their unbeaten run in the Premier League when they face Southampton.