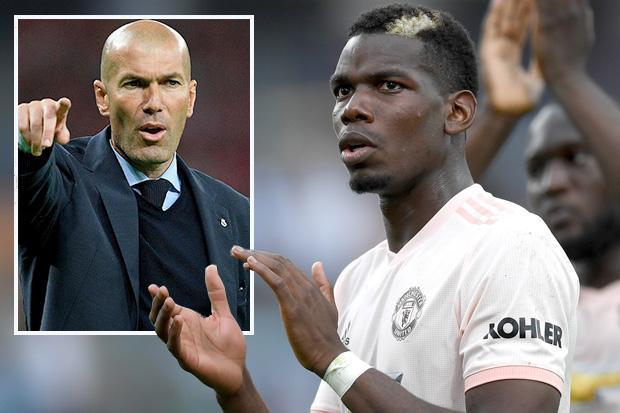 Zinedine Zidane has added some form of truth to the speculation linking Real Madrid with a big-money move for Manchester United midfielder Paul Pogba.

The 26-year-old openly flirted with the prospect of a move to Spain during the international break, telling reporters it would be a ‘dream' to work with Zidane.

The returning Real Madrid manager has returned the compliment, admitting that the World Cup winner is a player he ‘really likes'.

Zidane said: “I really like Pogba and you know that. I know him very well, he's a different kind of player and he can provide many things because of his skills.”

Pogba said he was open to joining Madrid during the international break, telling reporters while on duty with France: “Real Madrid is a dream for any kid or footballer and especially with Zidane.”

The 13-time European champions have previously baulked at the prospect of spending more than £100million on Pogba.